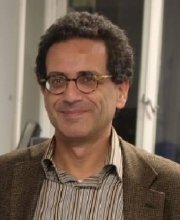 I am the Information Literacy Group’s Advocacy and Outreach Officer.

The post was created at the end of 2015, and I became the first postholder. I feel strongly about the need to promote information literacy, and to engage with different communities beyond the library world to underline the relevance of IL – this dovetails significantly with my main job. There is a certain political and diplomatic aspect to the role which appeals to me too. As I am not a librarian myself, the Group and its committee provides me with a good opportunity to mingle with and learn from professionals in the field; and it helps to overcome the slight sense of isolation which almost inevitably comes from being a home-based, self-employed consultant.

What do you do in your role?

A large part of the role is to identify interlocutors (individuals and organisations) in a wide range of sectors other than libraries, and to initiate conversations. The point of these is to raise awareness of IL, discuss its relevance to the agenda of these players and, whenever possible, to identify opportunities for joint activities, including research projects. The role also involves drawing up IL-centred responses to relevant consultative exercises such as parliamentary inquiries and public calls for evidence; and supporting the management of the ILG bursary scheme, inasmuch as this relates to research projects that investigate the place of IL beyond the library world. Much of the work is low-key, involving correspondence, one-to-one discussions, networking and schmoozing. Sometimes this leads to a durable dialogue, occasionally it may spawn collaborations, but often the conversations do not have any particular outcome – such is the sometimes frustrating nature of advocacy and outreach.

I am the founder and Executive Director of InformAll CIC, a research and policy consultancy set up in early 2016 to extend the evidence base on information and digital literacy. Prior to that, I worked for the Research Information Network (RIN), where IL formed a part of my remit, along with areas such as the changing scholarly communications landscape and research data management.

In no particular order, I’m interested in politics (rather boringly, I’m a bit of an activist), history, photography, drawing, cooking. I’m a UK-French dual national, so I do whatever I can to maintain my interest in all things French, even though I left Paris – my birthplace – at the age of eleven!