Information literacy and the role of inoculation theory 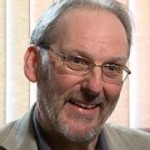 The events on Capitol Hill in Washington DC demonstrated very graphically what happens when people are no longer able to discern fact from fiction. As information literacy specialists, we have work to do, but it isn’t as straightforward as you think. Simply saying something is not true can backfire. By repeating a falsehood, it becomes familiar and people begin to mistake familiarity with truth. We have to change the narrative. There are many ways of doing this. What I want to focus on here is something called inoculation theory. It is a tried and tested way of dealing with misinformation and ‘fake news’. I’m familiar with the version created by John Cook, Stephan Lewandowsky and Ullrich Ecker . Check it out; it is a fascinating approach to what is, in effect, a way of promoting information literacy. It can be gamified and the results are very encouraging. Is this something we should be adding to our information literacy armoury as we battle the tide of mis- and dis-information that is beginning to compromise and destabilise our once unshakeable democracies? I think so.

What is inoculation theory, you ask? According to Cook (2019: n.p), it is “a branch of psychological research that adopts the vaccination metaphor”. It proposes that exposing participants to a weak form of misinformation can neutralise persuasive arguments against climate change (Cook, Lewandowsky, & Ecker, 2017). Interactive inoculation methods can increase efficacy, allowing better identification of misleading information (Roozenbeek & van der Linden 2018). They constructed a game where 2-4 participants were assigned a different player card, the aim of which was to construct a news article that matched the misinformation goal of their character. In effect, this method increases information discernment within audiences in forms such as proactive scepticism, which is “being able to make independent judgements on the validity of information by, for instance, assessing the legitimacy of the source” (Walton et al, 2018: p307).

One of the interesting projects I’m involved in is with my PhD student Lawrence Brannon, who is thinking about using inoculation theory in his documentary film-making about climate change. Lawrence poses the question – To what extent could media that promotes proactive scepticism through visual and interactive techniques be used to both increase climate change literacy and ‘inoculate’ users about mis-information, such as ‘fake news’, by learning from their active inoculation methodology?

The project is in the early stages; I will let you know how it develops.